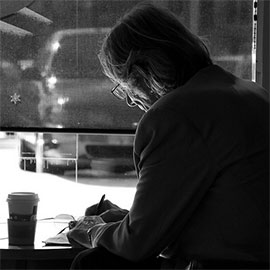 There has been little connection made between unemployment and suicide deaths in males, a factor that overlooks the importance of employment in male health and identity. This research offers evidence that unemployment influences suicide outcomes in males especially between the ages of 30 and 50.

"Unemployed males are around 4.6 times more likely to take their own lives than employed males, lending evidence that there is significant correlation between unemployment rates and suicide mortality in males."

We have always pointed out the importance of the social determinants of health: satisfying work is good for our health, frustrating work is not. Unemployment, this research shows, can put some men at risk of suicide.

The Australian Institute of Male Health Studies in conjunction with Mr Anthony Smith and Prof John Macdonald have collated a series of reports and research documents from around the world that provide evidence and insight into how unemployment is directly correlated to the enormous toll of suicides in males.

This research identifies a multi-faceted approach towards addressing male suicide with particular reference to the impact of unemployment and social factors rather than the traditional view that suicide is always a result of mental illness.

The research helps to outline the specific male attributes that underlie male suicide and contribute to the relatively higher rates of death by suicide in males, and offers recommendations for services and policy to cohesively implement actions that work across the social factors that collectively influence suicide outcomes.

In 2012, there were 2535 suicide deaths in Australia, of which 80% were male. There is significant evidence that unemployment plays a major determining role in the high male suicide rate, evidenced by a peak in male suicide mortality in males between the ages of 30 and 50. Suicide is now the leading cause of death for both males and females aged between 15 and 44.

Unemployment is often not a consideration in shaping public health responses to suicide as there is currently little understanding of the influence that unemployment has in driving suicide mortality. It is reported that unemployed males are around 4.6 times more likely to take their own lives than employed males, lending evidence that there is significant correlation between the factors.