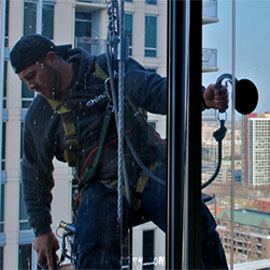 Men are performing the deadliest jobs and riskiest tasks at work. Out of all workplace fatalities in Australia in 2012, 217 deaths were male and 12 were female. In two of the three most deadly industries, transport and construction, all of the fatalities were male.

The two deadliest industries are transport and construction, recording only male deaths. "Looking across all fatalities, the male worker fatality rate is 18 times greater than that of female workers", says spokeswoman Michelle Hutchison for the website LifeInsuranceFinder.com.au

The dangerous jobs require hard physical labour in dangerous environments, such as being suspended many feet in the air or stuck miles underground in an airless tunnel or performing work running the risk of being crushed under heavy equipment. The conditions are often torturous, like roasting heat or freezing cold. The job itself, the equipment and/or environment are so hazardous that there are routinely worker injuries or even deaths.

We need to move away from the position which tends to blame men for doing risk-taking jobs: We need to understand that lots of men are obliged to take these dangerous, unsafe and often life threatening jobs in order to be able to support their families, and often these are the only jobs available to them for a variety of reasons including education, physical ability to perform the job, and family culture (the job has been performed through generations).

Women are not working in these jobs not because they are being "discriminated against", but because they are not applying for them. Even when women are working in dangerous jobs, men are still performing the riskiest tasks. Of all workplace fatalities in Australia in 2012 in the 10 deadliest jobs, 217 deaths were male and 12 were female.