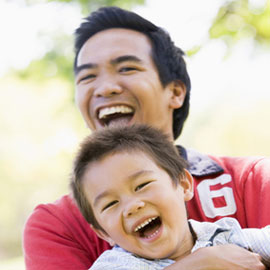 Salutogenesis is an approach that focuses on factors that support human health and well-being, rather than disease. The word itself means the creation or origins of health, and comes from the Israeli/American sociologist Professor Aaron Antonovsky (1979, 1987).


"[health] is the successful interaction/ relationship which individuals and communities have with their environment."

Salutogenesis and The Sense Of Coherence

Professor Antonovsky was interested in the factors that keep people healthy in difficult to extreme circumstances, and stated that disease and stress occur everywhere, all the time, and yet people can cope well. He was amazed that people who survived the death camps during the Holocaust had the ability to go on to live happy, healthy and productive lives. These horrific experiences did not crush their spirit, and they flourished.

Antonovsky introduced the idea of "the Sense Of Coherence" (SOC) which is the concept of viewing life as:

We as human beings have a need to understand each other and to be understood. We need to feel that we can manage situations in life and find the motivation to continue.

Health professionals have traditionally been motivated by pathogenesis: the origins and creation of disease. There are significant benefits in a mindset that considers health as "wellness" rather than "illness", through promotion of environments and contexts that encourage wellness. Healthy environments are those that are safe physical environments where there are supportive and respectful relationships among individuals, families and communities.

Professor John Macdonald states in his book "Environments for Health - A Salutogenic Approach" (2005) p.98: "Health is so embedded in the psychological, physical, social, cultural and spiritual environment that one can say: health is environment. Or better: it is the successful interaction/relationship which individuals and communities have with their environment."

A salutogenic view on health is that health is the dynamic and ever-evolving process where we interact positively with our environment, and these positive interactions provide nourishment. A salutogenic engagement with the environment is one where individuals are able to deal well with both negative and positive experiences.

Instead of having a deficit view of men, which is very common in western societies, exemplified by phrases such as: 'men don't use health services’, ’men don't seek help’, ’men are violent’, ’men don't talk, or get in touch with their feelings’, a salutogenic approach to men's health is to encourage men's abilities and energetic drive. Maleness should be honoured and encouraged in positive ways. Men engage in positive risk-taking for the benefit of society, and that should be celebrated. In firefighting, for example, 99% of the volunteers are male.

A salutogenic approach to health services and men involves asking the question "to what extent the services are male friendly?, such as:

Practices that adopt male-friendly approaches can often see an improvement in rates of visitation by men and boys.

Salutogenesis And The Social Determinants Of Health

Creating salutogenic environments forces us to think about the social determinants of health. We need to understand that there are factors in life that impact on the life of men, many of which are out of their control. Simply stating that men need to eat healthier, exercise more or go see the doctor, will not on its own, guarantee health. We need to consider the social determinants of health, where income, stress levels, social gradient, culture and social support/exclusion comes into play and will seriously affect the lives of our men.