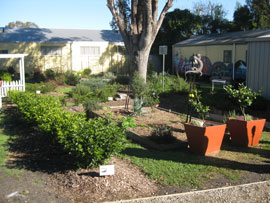 The Riverstone Men's Shed provides a good model for how effective a men's shed can be in integrating the community and promoting male health. In 2014, there are approximately 950 men's sheds around the country and the movement has proven so successful that it has become an accepted model for meeting the needs of older men's health and wellbeing.


The Riverstone Men's Shed is one example among many that has successfully integrated a diverse set of practices to become a focal point for active engagement of men and their families in the local community.

Riverstone was populated by the Darug people and after white settlement it became a centre for agriculture and industry. Riverstone has a population of approximately 6000 people with a median age of around 33. Approximately 9% speak a language other than English at home and around 4% are Aboriginal or Torres Strait Islanders. There are increasing numbers of single-person residencies in the area which reflects an aging population. Retired men often face social isolation and it was recognised that there was a need for services that supported their health and wellbeing in an active way.

The men's shed has come a long way and has become a central point in Riverstone for retired men and the community. It has an extensive community garden with specific areas dedicated to dementia groups and horticultural therapy.

The shed itself is extensively equipped with tools, machinery and equipment selected by the men to repair bicycles and undertake woodwork. The shed area has recently been extended so there is now a separate kitchen area, bathroom facilities and room for sensitive computer equipment.

The organisers provide a selection of men's health information although the idea of pushing health onto the participants is avoided in favour of creating the kind of environment that supports good health and wellbeing.

Shed coordinator Maree Fayne has identified a number of practices that have produced the great results visible at the shed. These include: