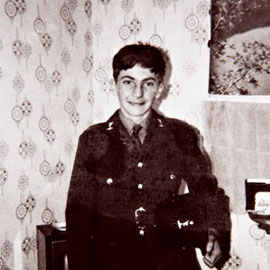 David Clapson, 59, suffering from Diabetes was found dead last year after his benefits were stopped on the grounds that he wasn't taking the search for work seriously. He had an empty stomach, and just £3.44 to his name.

We know that David Clapson was actively searching for work when he died because a pile of CVs he had just printed out was found a few metres from his body. The last time he spoke to his sister, a few days before he died, he told her he was waiting to hear back about an application he had made to the supermarket chain Lidl.

But officials at the Jobcentre believed he was not taking his search for work seriously enough, and early last July, they sanctioned him – cutting off his benefit payments entirely, as a punishment for his failure to attend two appointments.

Clapson, 59, who had diabetes, died in his flat in Stevenage on 20 July 2013, from diabetic ketoacidosis (caused by an acute lack of insulin). When Gill Thompson, his younger sister, discovered his body, she found his electricity had been cut off (meaning that the fridge where he kept his insulin was no longer working). There was very little left to eat in the flat – six tea bags, an out-of-date tin of sardines and a can of tomato soup. His pay-as-you-go mobile phone had just 5p credit left on it and he had only £3.44 in his bank account. The autopsy notes reveal that his stomach was empty.

In 2013, 871,000 people were sanctioned, losing some or all of their benefits payments for a minimum of four weeks, rising to three years in exceptional cases. There are hardship payments for those who are struggling, but only a minority are told about them, leaving many to survive on zero income.