This page lists men's health campaigns that will focus on and raise the profile on men's health across Australia and internationally.

The Success of Men's Health Week 2020

There were over 150 virtual community events organised during Men's Health week 2020. The Men's Health Week 2020 was launched virtually by media personality, Founder of Gotcha4life, Gus Worland, along with messages from our Director Dr Neil Hall, Brad Hannagan, CEO of Lifeline Macarthur and a few other academics and people working in Men's Health. The video can be found on www.menshealthweek.org.au

The biggest online summit on Men's Health "Men's Health Connected" organised by Australian Men's Health Forum was attended by 1500+ people and had over 150 speakers from 70 men's health organisations from across the globe.

Western Sydney University's media team have reported that this year's Men's Health Week reach is over 11 million with 125 media interactions and many social media campaigns by MHIRC team.

More information and resources can be found on www.menshealthweek.org.au 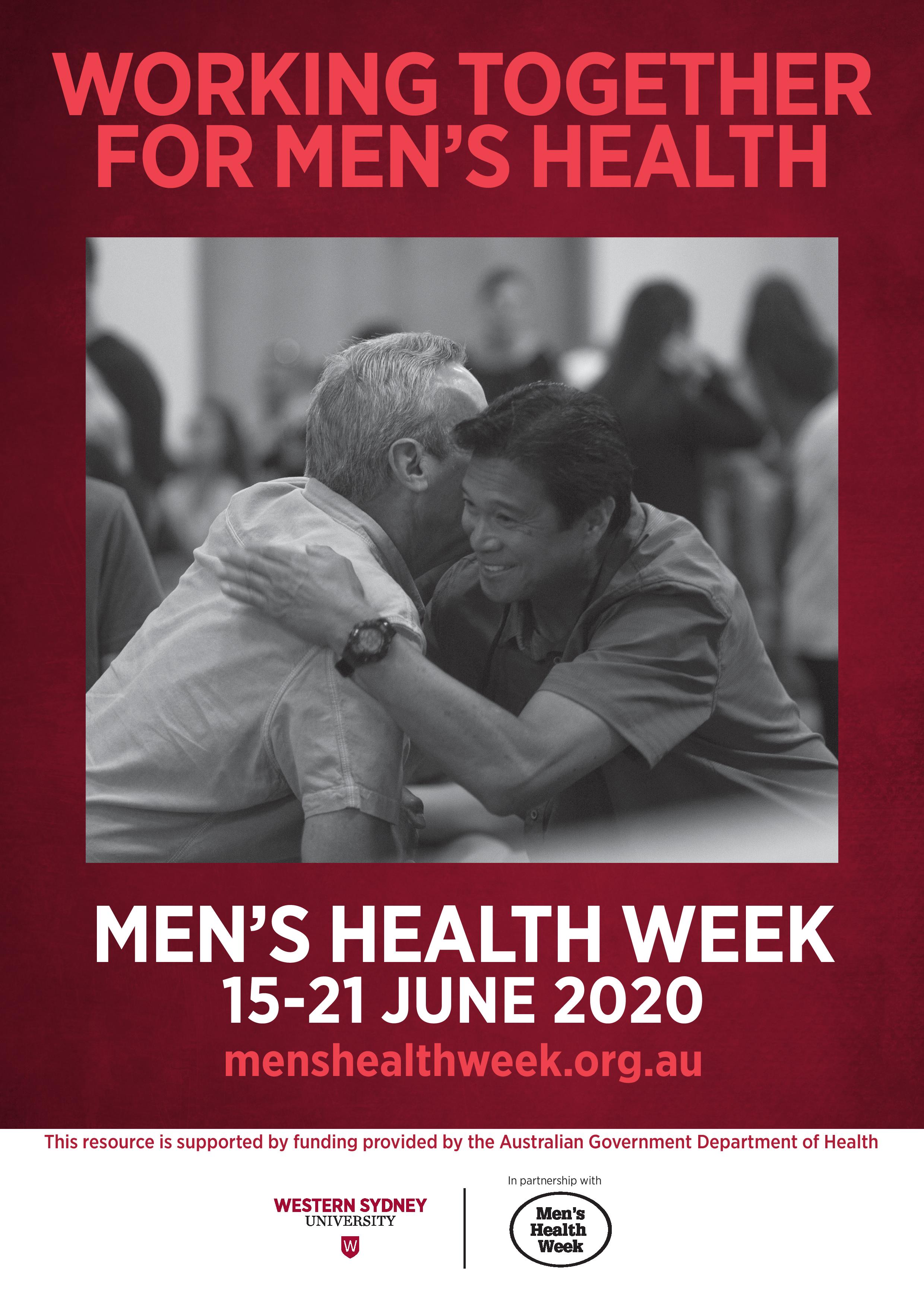 Men's Health Week is an annual campaign aimed to raise public awareness of men and boys health nationally and internationally. It aims to improve the delivery of health and wellbeing services to men and boys, as well as increasing men's awareness of their own health, wellbeing and relationship options.

"Men's Health Week aims to improve health of men and boys by leveraging the goodwill, insights and knowledge of local services and concerned communities at a local level..."

The Success of Men's Health Week 2019

This year MHW as run by the Men’s Health Information and Resource Centre has had considerable success. The report shows the growing “pick up” of the encouragement from MHIRC for communities of all kinds across the country to DO something in their area to draw attention both to men’s contributions to the health of their communities and the need for services to reach out to boys and men in “male-friendly” ways. This was one of the themes of this year’s week. The others were “Encouraging good contact between boys and Men”, Encouraging Learning with and from Indigenous men” and “Encouraging Development of successful suicide prevention Programs”.

Once again the Australian Federal Police launched the Week, this year in the persons of Commander Mark Ney and AFP Federal Agent Daniel Mill, who represented the Aboriginal community within the Police Force. We note that learning with and from Aboriginal men have always been a theme of MHIRC and was highlighted this year.

Highlights of the week at MHIRC.

A full report is attached.