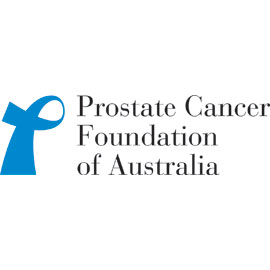 Traditionally, many men have not been proactive about their prostate health. They have seen prostate cancer as a disease that old men die with, not of. Unfortunately, the statistics tell a very different story.

In Australia about 3,300 men die of the disease each year. It is second only to lung cancer as the most common cause of cancer deaths in men. More men die from prostate cancer than women do from breast cancer.

There are many reasons men give for not talking to their doctor about their prostate health. Some see it as unmanly. Others worry about the digital rectal examination, or that a diagnosis will ruin their sex lives. Controversy in the media about the blood, or PSA, test has not helped.

Previously, our annual Community Attitudes Survey has focused on men aged 40 to 74, largely because less than 3% of prostate cancer diagnoses occur in men younger than 50.

But what about the next generation, what is their perspective? Do they see prostate cancer as an important
health issue and what are their attitudes towards testing, and sources of information and support? This year, our survey provides insight into the attitudes and experiences of men aged 18 to 50.

This survey also marks the first time we have asked participants about their sexual orientation. We were
surprised that more than 13% of respondents identified as being gay or bisexual, or did not identify as being heterosexual. The experience of gay and bisexual men with prostate cancer is under researched, so we have reported these findings separately in Section 5.